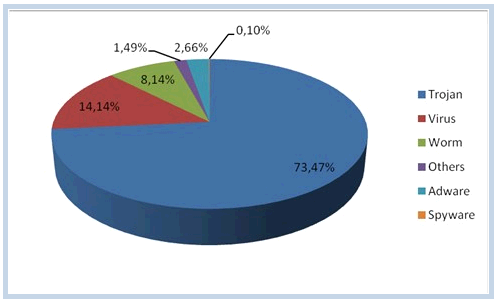 Collective Intelligence backend servers, the engine of Panda Security’s cloud security solutions, have reached 200 million files processed. Collective Intelligence is Panda’s exclusive technology that automatically detects, scans, classifies and disinfects 99.4 percent of all new malware received every day at PandaLabs. The system has now processed over 200 million files since its launch, 40 percent of which were malware.

Between January and September this year, this system has processed 19.9 million new malware specimens(including new threats and variants of existing families), the same amount as in the first ten months of 2010. Panda Security’s database currently stores 81.9 million malware samples, 24.2 percent of which have been created in the first nine months of 2011. These figures show cyber-criminals’ capacity to automate the creation of new malware variants. The average number of new threats created and released every day has risen from 63,000 to 73,000. The company’s expert technical team manually processes the 0.6 percent of files received that cannot be determined automatically.