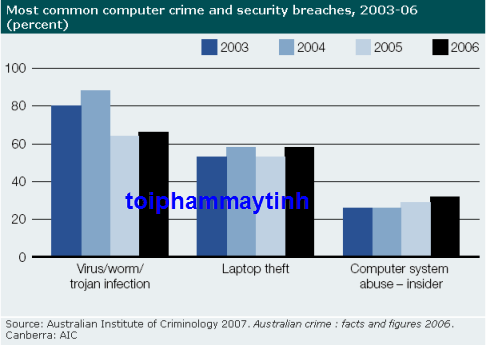 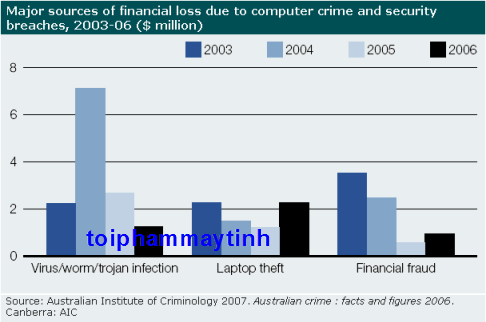 These data are indicative only as the sample is not necessarily representative. Caution therefore should be taken when generalising from the following data.

Differences published in previous editions of Facts & figures may be due to differences in the organisations participating each year. In the 2005 survey 35% (n= 63) of these organisations reported experiencing electronic attacks that harmed the confidentiality, integrity or availability of network data or systems. (Source: Australian crime : facts and figures 2005)
SECURITY