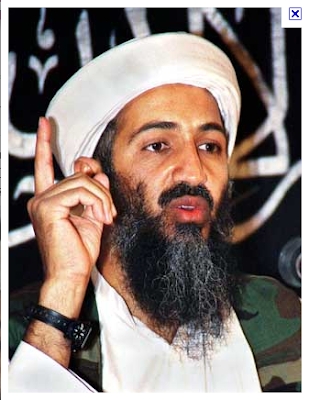 1. Osama bin Laden was 'created' by the CIA
He did not receive any direct funding or training from the US during the 1980s. Nor did his followers. The Afghan mujahideen, via Pakistan's ISI intelligence agency, received large amounts of both. Some bled to the Arabs fighting the Soviets but nothing significant.

2. He had a huge personal fortune
Bin Laden was forced to leave any cash he had when he in effect fled Saudi Arabia in 1991 for Pakistan and then Sudan. His family cut him off. Nor would the inheritance from his hugely wealthy father have been divided into equal parts anyway. What Bin Laden did have was contacts, which allowed him to raise money with ease.

3. He was responsible for 1993 bombing of World Trade Centre
Ramzi Yousef, who was the main perpetrator of the attack, was probably working for Khaled Sheikh Mohammed who was an independent operator at the time. Mohammed only started working with al-Qaida in 1996 and even then kept his distance from Bin Laden.

4. He got money from drug running
No evidence for this whatsoever despite repeated claims – such as in the post 9/11 British government dossier on al-Qaida.

5. He never exposed himself to any danger
He did not single-handedly seize a short-barrelled AK-47 from a dying Soviet general as he sometimes claimed but numerous witnesses report that he was in the thick of fighting in Jaji in 1987 and again at the battle of Jalalabad in 1989.

6. He spent a lot of time in caves
In the late 1990s, for propaganda purposes, Bin Laden invited select journalists to meet him in caves near Tora Bora in eastern Afghanistan. However he lived in a much more comfortable compound a short drive away, near the former Soviet collective farm of Hadda owned by a local warlord. By 1999 he had moved to a complex of houses near Kandahar. When he was killed, he was living in a relatively comfortable detached house in Abbottabad, Pakistan. In between, there is no evidence that he spent any time living in caves. The rest of al-Qaida's senior militants appear to have lived in the semi-fortified houses that are common in the tribal zones.
7. He was a tearaway teenager who partied in Beirut before becoming religious.
There is no evidence for this either. Bin Laden appears to have been an intense, shy and pious youth who married young and spent an inordinate amount of time studying scripture.
8. He was near to dying of a kidney disease.
There are some reports – not least in the Guantánamo files – of renal problems but certainly not serious enough to kill him. It is more likely he had back problems caused by his height (around 6ft 5in) and relatively sedentary lifestyle.

9. He hid in Kashmir, was the leader of Chechen groups, was responsible for violence in the Philippines and in Indonesia, organised the Madrid 2004 attack and had an extensive network in Paraguay, sub-Saharan Africa and South Africa.
All these claims, made by various governments or intelligence services over the last decade have proved totally without foundation.