[Report] State and Trends of the Russian - digital crime market 2011 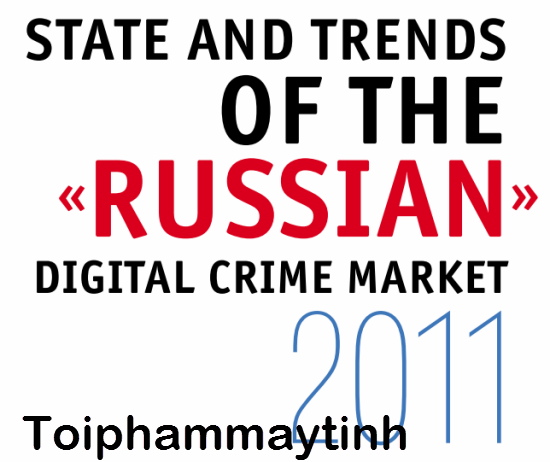 Cybercrime investigation experts, when using the generic term hacker, prefer to classify cybercriminals by the nature of their specific activities, as well as nationality. The latter draws particular attention to the different ways ex-perts interpret the term Russian hackers. Russian computer forensic specialists prefer to use this term for Russian citizens who carry out criminal activities inside Russian territory. In the United States and Europe, Russian traditionally refers to not only Russian citizens, but all citizens and immigrants from the countries of the former Soviet Union, sharing a common history and language. This distinctiveness is reflected in the way Western specialists interpret the term Russian hackers when referring to cybercriminals from the Baltics, Ukraine, or Central Asia. 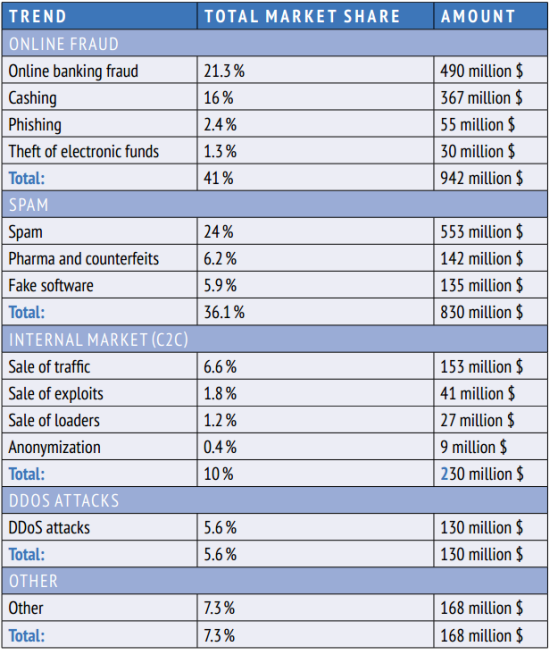 Therefore, one of the goals of this study is the evaluation not only of the Russian cybercrime market, but also the analysis of the entire Russian segment of the global cybercrime market.Thus, throughout this report the term Russian-speaking cyber-crime market shall apply to the market of cybercrimes committed by Russian citizens and citizens of the countries of the former Soviet Union, as well as citizens of other countries who have emigrated from the countries of the former Soviet Union. The analysis of the financial performance of this segment will not only consider the crimes com-mitted by Russian-speaking hackers in their countries of residence, but also those committed by them in other parts of the world.The term Russian cybercrime market shall mean the market of computer crimes committed solely by Russian citizens. In the analy-sis of this sector’s financial performance only those crimes commit-ted by Russian hackers inside Russia will be considered.