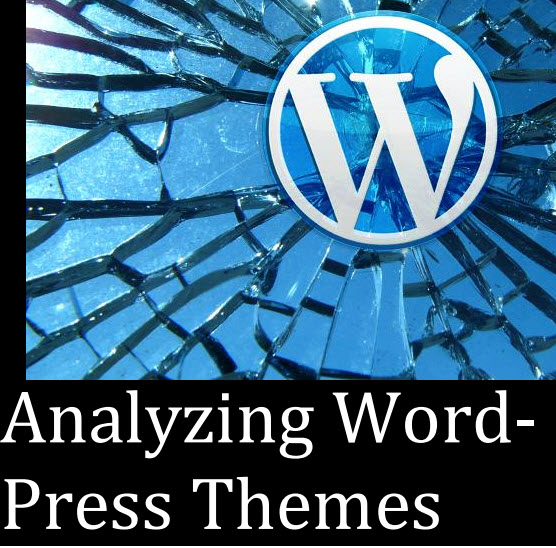 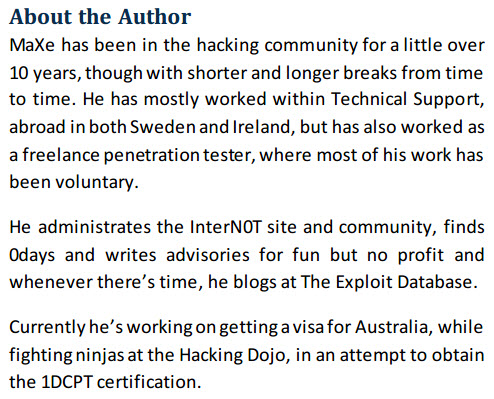 TimThumb is definitely one of the most valuable files (i.e., PHP scripts), that I want to find during a
Penetration Test, as earlier versions between 1.0 and 1.32 has a flaw that enables an attacker to
remotely cache PHP scripts[1,2], allowing remote code execution. It is an image tool often used in
WordPress themes, making cropping, zooming and resizing a lot easier, and it is open source of course. 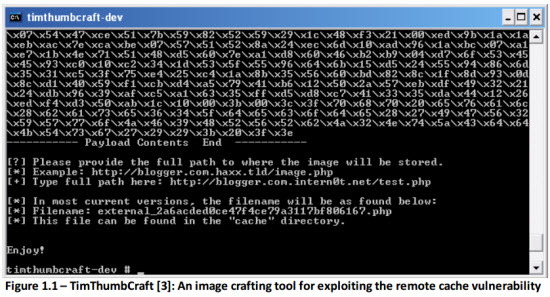 The amount of websites that use this script are extreme, but most have hopefully upgraded to the
newest, completely re-written version 2.X, that combats the critical remote cache vulnerability but also
other problems too. At least 328 themes and 76 plug-ins [4], use this script where the file is occasionally
renamed, meaning an empty search result for “timthumb.php”, is not equal to it isn’t there.

One of the ways to search for this script, is to use WPScan [5], another is to use shell scripting as shown
in a later figure. WPScan is a vulnerability scanner for WordPress powered sites that uses black-box
methods to identify problematic themes and plug-ins. 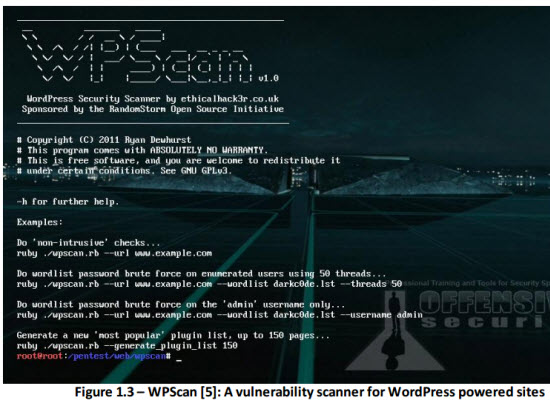 The other way as mentioned earlier, is to use shell scripting, which in this case, isn’t rocket science.

The shell scripting example is often enough as it searches through /var/www/ and all subdirectories for
files, where all files are checked for the “timthumb” string. Often it is only the name of the file, but not
the  actual  contents  that  has  been  changed  when  it  comes  to TimThumb. This is important when it
comes  to  the  decision  of  searching  for  the filename, or the string within the file, where the last is
generally more successful.

Besides TimThumb, there’s more
It’s rarely, if at all, that I’ve seen Cross-Site Scripting and SQL Injection vulnerabilities inside the theme
files, but it’s rather normal they can and will occur in plug-ins. For example, recently I discovered a
rather interesting file within a theme, used on a few well known websites. The administrators of these
were of course contacted about the potential risk this file poses.
The theme I’m referring to, is the “Black Buttons Theme” [6,7], where the file is “footer.php”. You might
wonder, what kinds of danger can a file, used to e.g., display credits from the theme developer, pose? 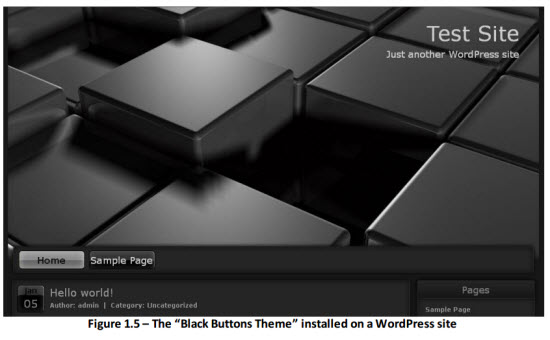 As the footer.php file was heavily obfuscated, there was most likely something to find, as there usually is
with such files. Even though, it’s not a backdoor, it can in worst case, be used as a backdoor.

Even though the developer, implemented this as some sort of “copyright protection”, and even stated it
is “prohibited” to reverse engineer the file, it doesn’t legally apply in countries like Denmark, where you
can buy a product and take it apart, as long as you’re not endangering anyone including yourself.
Reverse engineering the file, is a longer process but in essence, it’s quite simple and in some cases a
necessary step to improve the security of your website in case you’re using a theme that has obfuscated
code, that can virtually contain anything from good to bad.
If 1 out of 25 files contain obfuscated code, wouldn’t you be interested in knowing what it contains?
Imagine the developer’s computer, website, repository, svn, etc., gets compromised, and the attackers
update the file with the obfuscated code. How are you going to tell the good code from the bad code?
In this case, it’s a possible security risk that should be assessed like everything else.

Looking  at this code, it may seem like gibberish at first hand. But as I’ve seen this type of encoding
countless times before, I know that it’s also exactly the same thing the blackhats, script kiddies and
hacktivists, etc., do when they want to hide the content of their files. Naturally, I get suspicious.
From a quick view, it’s obvious to many that the file is Base64 encoded, and the easiest way to begin, is
to change eval(), to print() or echo, as this will not execute the encoded / obfuscated PHP code, but
instead print it to the screen when the script is accessed, via an Internet Browser or CLI [8].
When this has been done, more obfuscated is often presented, almost worse than before in some cases:

Using variable names like the above is another way to confuse humans. It doesn’t really confuse me, it
just makes me more eager to decode everything and find out the reason as to why, the person that
developed the script chose to encode and obfuscate it heavily

As you can see, it doesn’t get easier, but we don’t have to translate all of these functions into human
readable code. Because we can in some cases, make the machine do most of the work for us.
After some time, we eventually end up with the original code that we want to study, and perhaps fix.
What was so important  to protect?
The file appears to be non-malicious, but it does contain some rather interesting code as mentioned
earlier, as it doesn’t just print the credits, the script does a lot more than just that

This function (show_footer_links), specifies which website to contact, and which script / URI it should try
to get information from. It may seem, like a small issue, but there are plenty of bad scenarios available.
In the simplest scenario, the developer’s website gets compromised, and the attacker updates the script
that your site tries to reach to display the dynamic footer. At this point, the attacker can do exactly the
same you can on your site, and the possibilities are many.
The attacker may steal your cookies and hijack your session, place a JavaScript keylogger on the website,
redirect GET- or POST-requests for the login script to his site instead, that would effectively steal all login
credentials. He or she could also try to enumerate the type of router you have, in some cases steal your
router password, and also try to locate your real world location.
In this very same scenario, it isn’t just your website that’s been compromised via the developer’s web-site; it’s anyone who uses this theme, which could be thousands of websites, with, thousands of users.
Other dangerous scenarios
Man in the Middle attacks, could also be performed against the remote website, with methods such as
BGP Hijacking, and in case the (DNS) name-server that your website uses, is vulnerable to DNS Cache
Poisoning, then an attacker could potentially attack the domain your website resolves, when it needs to
display the footer, where the new IP-address of the remote script that returns the info for the footer,
would originate from the attackers website.
Another simpler scenario could’ve been that the code itself had been infected at some time during
development or after the release. After all, if the website that offers the theme gets compromised, an
attacker can also alter the code this way. Changing the footer.php file, to point to the attacker’s site
instead of the developer’s site, would raise little suspicion before the actual infection takes place.
Knowing this, it’s hopefully clearer now, that this script is a risk, and should be considered dangerous.