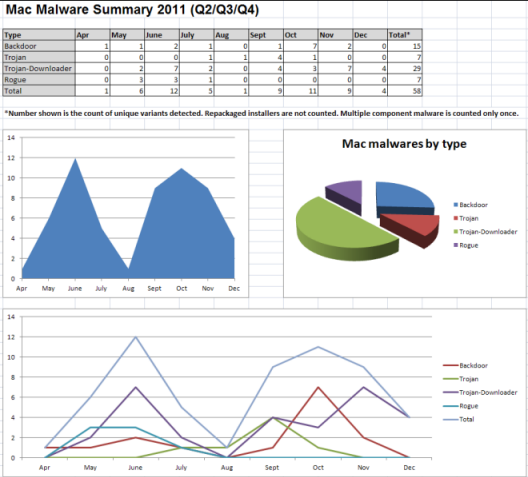 Brod, a researcher on our Threat Research team has been tasked with tracking emerging Mac based threats. Microsoft Excel is one of the tools he uses to chart variants. From April to December 2011, there have been several dozen new Mac threats.

Keep in mind that by "new", we're referring to unique variants, and not the raw number of unique binaries that we've seen. We prefer a more conservative approach when counting malware. The more generic and family based, the better.
Download FULL report: Mac.Threats.2011.xlsx