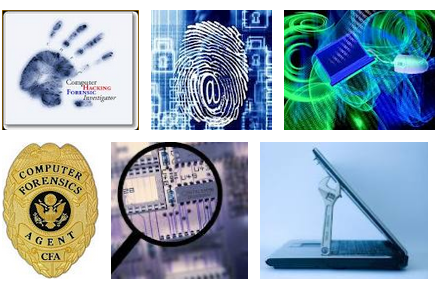 To keep up with advances in digital technology and communication — and the criminals who use them — the sheriff’s office added the digital forensics position this year, moving former narcotics investigator Vince Ziccardi into the role.

“It’s a cat-and-mouse game,” said Tod Goodyear, who supervises the sheriff’s criminal investigations unit. “(Criminals) are finding new ways to do things every day. They are now able to network (online) and get better at what they do.”

Ziccardi’s expertise and training to find information on computers and digital devices are a resource for fraud investigators at each precinct in the county.

“It’s nice to have that investigative background,” Goodyear said. “A lot of narcotics is transactional and organizational, so he still has that mindset that picks up things others may not see.”

“When you get into that, there is evidence on a computer storage devices, and you need someone who can go in and pull all of that out,” Goodyear said.

Before the forensics position was created, getting digital information from a computer was a challenge for police.

“At one point, it was impossible because nobody knew how to go in there,” Goodyear said.

In the past, agents would look for information on a computer the same way the user would, getting limited data and compromising the evidence when the time stamp on files updated.

Now, when investigators take a computer as evidence, the forensics investigator clones the hard drive and works with a copy, leaving the original unaltered, and preserving the crime scene.

In 2010, Florida had the highest per capita rate of reported identity theft complaints in the country, according to the Federal Trade Commission’s Consumer Sentinel Network, with 21,581 complaints reported.


But law enforcement and identity theft protection industry experts agree that is not the full scope of the problem because many times the crime goes unreported.

“A lot of people won’t report it because the banks and credit card companies cover the loss,” Goodyear said. “The bad part when it doesn’t get reported is that there are people out there scheming and doing this all the time.”

Jessica L. Coleman, 25, of Rockledge faces a third-degree felony charge of unlawful use of a computer after law enforcement received a complaint in May from her former boyfriend that he had been hacked, according to arrest reports.

The victim told police his email, Facebook, banking and several other accounts had been compromised, which he discovered after his current girlfriend received email containing pornographic material.

A forensic examination found that Coleman’s work computer, which was seized during the execution of a search warrant, had been used for a search of the victim’s name and associated email account, police said.

Also, a web page showed that someone used the suspect’s computer to log on, access and manipulate the victim’s email account, providing probable cause for the arrest, according to authorities.

If convicted, Coleman faces up to five years in prison.
Tracking crime

“The good part in electronic crime is, to some degree, there are tracks,” Goodyear said. “For the most part, there is a record somewhere.

“There are some people who are very good at hiding what they do. It may take time to find out what they do. But there generally are some kind of tracks. You just have to get on the right path to follow it.”