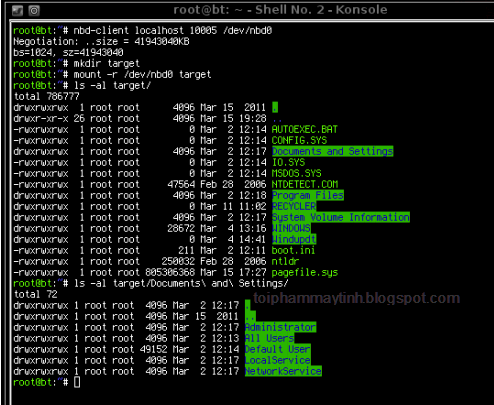 
In digital forensics, most examinations take place after the hardware has been physically seized
(in most law enforcement scenarios) or a preinstalled agent allows access (in the case of
enterprise forensics packages). There are existing tools that allow for forensic examination of
storage media, that allow for the recovery of data from (but not limited to) deleted files,
unallocated space, and the slack space between the ends of files and the next sector/cluster
boundaries.
The above scenarios imply that the “subject” (the one in possession of the media) is aware of the
fact that their data has been seized or subject to remote access.  There are situations where this
may not be desirable for an examiner:
• Penetration testing
• Evidence seizure when physical location is unknown
• Surreptitious monitoring
While existing tools (such as those in the Metasploit framework) allow “attackers” to navigate
and selectively download portions of the target’s filesystem without the subject’s knowledge, this
does not compare to the feature set of a true file-system forensic examination. It would be a boon
for a penetration tester to have the ability to find data that had previously been deleted by the
subject for “compliance”. It would be useful for intelligence gathering to be able to data carve
for old versions of documents or emails.
In this paper, and the accompanying talk, three new Meterpreter scripts will be introduced that
will allow for existing digital forensic tools to be used in a more cover context.  These tools
allow for remote imaging of subject filesystems and disks, as well as mapping remote
filesystems to local block devices.  Examples are given on how to use these tools to combine the
capabilities of the Metasploit framework to those of modern digital forensic tools.Tools
The tools developed for covert post-exploitation forensics are ruby scripts meant to be run from
the shell in Metasploit’s Meterpreter payload. They make extensive use of Patrick HVE’s
meterpreter extension, Railgun, to make Windows API calls on the remote host. Imager.rb
provides a “dd” like interface for creating local byte-for-byte images of remote physical drives
and logical filesystems.  NBDServer.rb allows the attacker to map a remote drive to a Network
Block Device which can be mounted read-only or analyzed directly locally to the attacker.
Listdevices.rb is a support script that enumerates remote physical devices and logical
filesystems.

listdevices.rb
Purpose
Enumerates the compromised host’s \\.\PhysicalDriveX filenames for physical storage devices,
as well as drive letters for logical filesystem volumes.  The resulting names can be used in
imager.rb or nbdserver.rb arguments.

There is a delay associated with each Windows API call over Railgun, so in the interests of time,
listdrives.rb only iterates through the first ten possible physical drive numbers. If you have
reason to believe your target has more (a previous run showed all ten active, maybe), feel free to
specify a higher maximum
Sample output

Purpose
Imager.rb allows for making byte-for-byte copies of physical volumes and logical drives on the
target system over the network to image files on the attacker’s computer.  It provides a set of
options that will seem familiar to those experienced with imaging drives locally, such as split
image files and MD5/SHA1 hashing.

Those familiar with imaging drives with dd will notice that the default block size is considerably
higher than is typical for imaging drives locally. Making API calls through Railgun incurs some
delay, on top of the expected speed issues caused network bandwidth and latency. Setting a high
block size makes for less frequent API calls, improving the speed.
Imaging may take a very long time.  If the session dies for any reason, the -c skip option can be
used to skip over the portion of the target that has already been imaged. In the current version,
this process is not automated, but it is a relatively simple matter to determine how large the
existing image is, determine how many blocks to skip, and stitch the old and new images back
together with dd.
Split image files created with this tool are supported by most forensics software (The Sleuth Kit
and FTK Imager, for example).
Sample Output

Purpose
NBDserver.rb allows for mapping a remote physical drive or logical volume to a local block
device on Linux systems (or other systems that support the Network Block Device protocol).  It
starts a TCP server up on the specified port and listens for connections from nbd-client.  Reads
from a /dev/nbdX block device are fulfilled by reading the data over the network from the
compromised system.
To the attacker, what this means is that any forensic technique or software designed to be used on
a disk image or block device can be executed on the attacker’s system, targeting the remote
system. The target filesystem can even be mounted read-only on the attacker’s system if that is
desired. This provides for huge speed increases over imaging the remote device in cases where
forensic software can calculate where on the disk the desired evidence is likely to be (recovering
recently deleted files, for example).

Once NBDserver is running, a Linux system can easily map the device using nbd-client with
the following command:
nbd-client localhost 10005 /dev/nbd0